After the world-wide response to the Academic Manifesto, Willem Halffman and Hans Radder asked people to explain what was going on in their country. This is the result of what they sent us:

The report provides an overview of the attempts to implement the productivist university, but also of some successful strategies to resist it, from Quebec to Australia, from Finland to Brazil. It also includes an update on the Netherlands, and a reflective article by Willem Halffman and Hans Radder, “The Productivist University Goes Global (and So Does Its Resistance)”.

The original Academic Manifesto was published in April 2015, as a slightly updated English version of an earlier Dutch article. It described how universities are occupied by management, a regime obsessed with ‘accountability’ through measurement, increased competition, efficiency, ‘excellence’, and misconceived economic salvation. 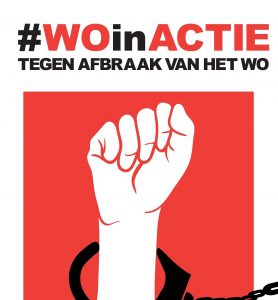