TOWARDS A DIFFERENT UNIVERSITY

The Platform for the Reform of Dutch Universities (H.NU) was launched in the autumn of 2013 by academics from all Dutch universities, based on the following premises and goals:

Characteristics of the present situation in Dutch universities

1. There is widely shared discontent among both scientific and support staff at Dutch universities.

Over the last decades, a process of individualisation has occurred at universities, with a corresponding decrease of solidarity. Some of the common consequences are: survival behaviour, servility, loss of motivation and also fear. Qualified staff burn out under the workload and bad perspectives. This is especially the case for young staff members, who can ill defend themselves because of their precarious job contracts. Many of the older staff members are numb after years of top-down measures. The high publication pressure and sharp competition not only lead to excesses such as fraud and plagiarism, but also to various forms of sloppy science. Recent figures also show an increase of depression and drop-out among students.

Fortunately, this discontent has recently resulted in a growing number of initiatives that aim to change this situation. The Platform aims to stimulate and connect local and international debates and initiatives aimed at a better future university.

2. Both nationally and internationally, more and more well-founded scientific studies are appearing, demonstrating the problematic aspects of current universities in terms of excessive commodification, hierarchy and bureaucratisation.

Analyses show that, over the last twenty years, research and teaching at universities have become subject to an increasing marketization. External marketization has occurred through closer connections with financial interests external to the university. Especially in the technical, life and natural sciences (but not only there), research is increasingly valued in terms of economic benefit. Internal marketization occurs where universities are run like companies, according to criteria of performance and competition. Quantitative measurement and output-steering of research and teaching has become dominant everywhere, at the expense of substantial quality criteria or significant differences between disciplines. A hierarchical management culture has taken over, with managers who impose counter-productive and infantile measures, without having much substantial knowledge, motivated by the marketization.

3. These problems, and the discontent, are beginning to seep through to public opinion.

The contribution of universities to issues of common concern (in the form of a fruitful relay of research results to public debate) is increasingly questioned. Ever more specialist output criteria deprive university staff of the leeway to partake in public debate and thereby put their knowledge to the service of the common good.

The education of students to become knowledgeable, responsible, and independent employees and citizens is now threatened by the marketization and bureaucratisation of universities. Institutes are held accountable to measures of quantitative efficiency of education, not to qualitative criteria. Students are assessed by their study pace, not by the quality of their performance.

Main goals of the Platform H.NU

H.NU wants a future-oriented reform of Dutch universities. Here is our admittedly incomplete list of general and central goals for research, education, administration, and the public role of universities.

1. Research: Substantial criteria should become central again in the conduct and assessment of research.

The guiding principle is to create more space for fundamental research (aimed at the common good and the longer term) and for applied research (aimed at the short term, but in the general interest, rather than merely the economic interest); in addition the recognition of relevant differences between humanities, social sciences, and natural sciences, both in term of their knowledge and methods, as in terms of their public role. No direct connection between financial rewards and the approval of doctoral theses, between financial acquisition and high grades for research performance.

2. Education:  The education of students to become knowledgeable and critical employees and citizens.

In a dynamic techno-scientific culture a broad academic training is more relevant than ever – also from an economic perspective. All academic education has to rely on the personal research of lecturers, and increasingly so during the course of a programme. We should put an end to the endless stream of so-called ‘quality improvements’, in which the next round of changes is introduced before the previous ones have been implemented completely, let alone assessed. No more output funding based on acquired credit points, according to which departments are only paid for students with passing grades.

3. Administration: An important condition for university reform is the revision of the current hierarchical and bureaucratic structure and a move toward a form of university administration in which temporary and tenured staff, students, as well as support staff can participate in decisions over matters in which they are most knowledgeable.

Formally, this requires a substantial amendment of the Dutch law on higher education, but nothing impedes departments and faculties to experiment with innovative, informal forms of participation, while such a new law is in the making. Some of the central goals of this new form of administration: a substantial reduction of excessive and contorted mechanisms of control (such as assessing publications in more than 20 different categories); the development of a more reasonable and just policy for temporary staff; and basing tenure and promotion of staff on assessments of the substantial quality of education, research, and administrative work, not on the basis of acquired funding.

4. Public role of the universities:  An institutionally guaranteed space for academics to participate in public debate in its various forms and media.

What will the Platform H.NU do?

We aim to provide a platform for debate and initiatives that develop at all Dutch universities and beyond. The aim is to develop concrete propositions for a new, broad university, where there is space for fundamental and publically relevant research and for academic education in which the various fields can flourish in their diversity.

Our intended partners are academic professional organisations, student organisations, and representatives of different initiatives, such as VAWO (the Scientists’ Union), student organisations (LSVB and ISO), the association Better Education Netherlands (Beter Onderwijs Nederland), the Foundation for Professional Honour (Stichting Beroepseer), the Science in Transition initiative, and (internationally) the Flemish Committee for Higher Education and the Council for the Defence of British Universities.

So far, initiatives have been the launch of an (interactive) website for debate and sharing analyses such as this one; a plan for a petition to Parliament based on the successful Flemish Action for Higher Education; the organisation or support of symposia; and collecting stories about specific problems and wrongs.

Initiators of the Platform H.NU 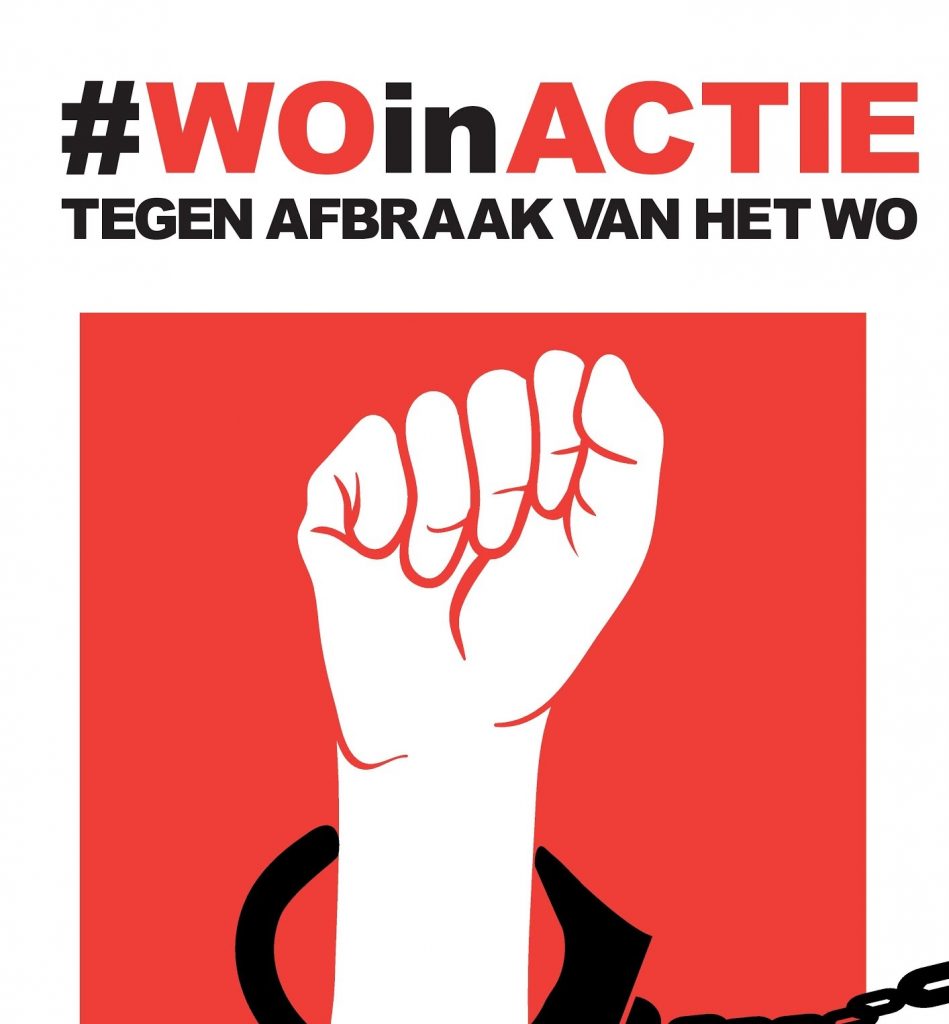 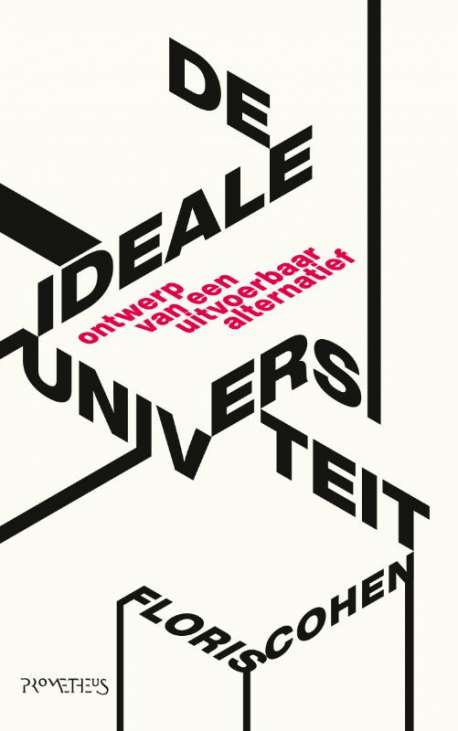 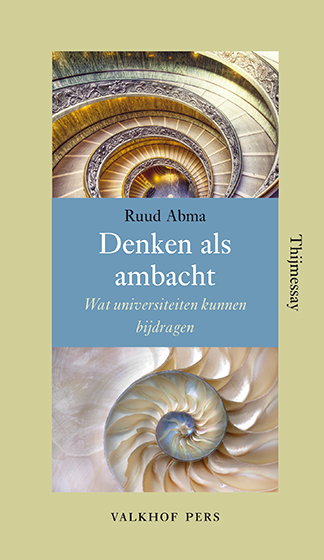 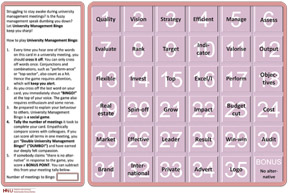